Reasons for Using Dialogue in a Story

Dialogues are a very useful tool in any story. Not only do they give voice to the characters, but they are also helpful at many other levels. Before talking about that, I want to share an excerpt of a dialogue from The Hitchhiker’s Guide to the Galaxy by Douglas Adams. I have selected this example because its dialogues are dynamic, lively, and very funny indeed:

“Unfortunately I got stuck on the Earth for rather longer than I intended,” said Ford. “I came for a week and got stuck for fifteen years.”

“But how did you get there in the first place then?”

“A teaser? Teasers are usually rich kids with nothing to do. They cruise around looking for planets which haven’t made interstellar contact yet and buzz them.”

“Buzz them?” Arthur began to feel that Ford was enjoying making life difficult for him.

“Yeah,” said Ford, “they buzz them. They find some isolated spot with very few people around, then land right by some poor soul whom no one’s ever going to believe and then strut up and down in front of him wearing silly antennae on their heads and making beep-beep noises. Rather childish really.” Ford leant back on the mattress with his hands behind his head and looked infuriatingly pleased with himself.

“Ford,” insisted Arthur, “I don’t know if this sounds like a silly question, but what am I doing here?”

“Well, you know that,” said Ford. “I rescued you from the Earth.”

“And what’s happened to the Earth?”

“Has it,” said Arthur levelly.

“Yes. It just boiled away into space.”

Ford frowned to himself and seemed to roll the thought around his mind.

“Yes, I can understand that,” he said at last.

“Keep looking at the book!” he hissed urgently.

“Alright, so I’m panicking; what else is there to do?”

“You just come along with me and have a good time. The Galaxy’s a fun place. You’ll need to have this fish in your ear.”

Let’s consider some of the roles dialogue plays in a story:

1. It makes the story advance.

A major feature of dialogue is that it moves the story forward in a more straight-forward way than a narrator’s explanation would. In the example, Ford and Arthur have barely escaped the demolition of the Earth, and the conversation they hold puts us into the scene and pushes the plot to the next episode. Moreover, the attitude of Ford, who doesn’t look directly at Arthur but suddenly changes the tone of his voice and stands up with a start, makes us have a feeling that something else is going on or is about to happen.

2. It develops the characters.

Characters can also evolve through dialogue. In fact, in every good dialogue, at least one of the characters should undergo a change of mood. In the example, Arthur is at first intrigued, questioning Ford about his past. He then suddenly remembers what happened a few minutes ago and returns to a state of shock, moving toward panic. The remembrance makes him angry, and he finally admits that he’s panicking. By the end of the conversation, Arthur is somehow resigned. As you can see, the character goes through a lot of different moods which would lose their effect if they were described by a narrator.

Dialogue increases the story’s pace and makes it more dynamic. It will always be harder to read a whole paragraph where the narrator explains step by step the same things a dialogue can transmit in a few lines. It is clear that the sample dialogue would be very different if a narrator had to explain how Ford recalls the guy with whom he came to the Earth fifteen years ago and how a scared Arthur realizes his planet has just disappeared. 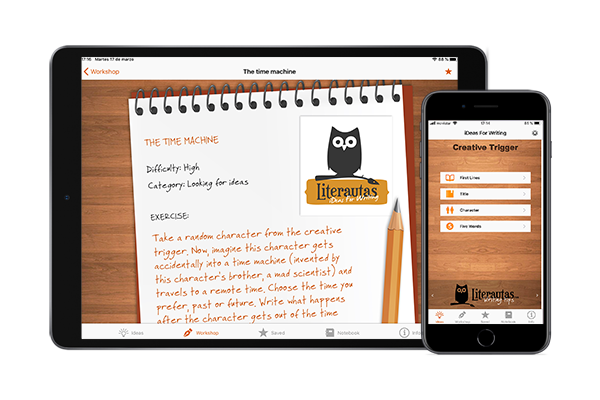 iDeas for Writing is a whole writing workshop with creative prompts, writing exercises and a notebook to keep all your ideas. Available for iOS and Android.

Dialogue shows what is happening instead of telling it. It portrays a scene vividly and breathes life into the characters. A good dialogue engages our attention very quickly as it lacks value judgments or lengthy explanations by the narrator. Dialogue enables us to have first-hand experiences and be direct witnesses of what is happening in the story in order to draw our own conclusions about it.

Dialogue is one of the methods used to depict characters and the way they relate to each other. What they say, how they say it, and the tone in which they speak provides us with a lot of information. In the dialogue by Douglas Adams, we can infer that Ford, besides not having a terrestrial origin, is a calm and optimistic guy whose personality is very different from Arthur’s, a neurotic man who feels lost after his planet’s disappearance. But from the way they speak to each other, we can also guess that there is some familiarity between them.

Dialogue provides information that the reader senses (often unconsciously) about the relationship between the characters, their personalities, and their moods, etc. Apart from that, it gives specific data about the plot, so all of the information provided in a dialogue must be justified.

In the example, after some questioning, Ford tells Arthur how he reached the Earth and explains what teasers are. It wouldn’t have made sense if Ford had rushed to explain that without a previous question or if he had started to explain in detail things Arthur already knew. He just repeats the fact that the planet Earth has been demolished because Arthur, in his state of shock, needs to hear it repeated in order to assimilate it. 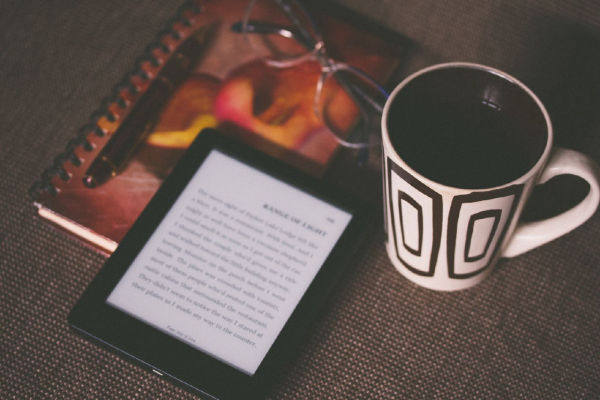 How to Name your Characters

In many cultures, it is believed that a person’s name contains his/her essence. From a practical viewpoint, this may sound like an exaggeration, but it makes sense when we are talking about fictional names.... 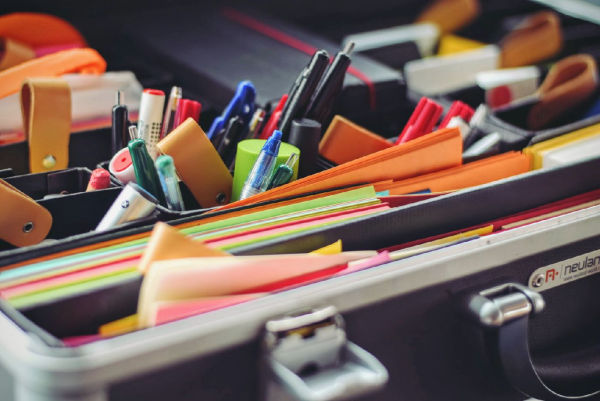 How to Write Character Sketches

There are many ways to write a story, and as a writer, you must find the system that best suits you. You may be a plotter who likes to create an outline before you sit down to write your novel...

How to Introduce Conflict in a Story

Let’s imagine a man called Peter leaving the gym and running to his car with his duffel bag over his head to protect himself from the rain. When he reaches the car and is about to open the door...

Subscribe to our Newsletter
Thanks for filling out form!